Call it a miracle: how strangers got two special needs families across the border

After a treacherous journey, two Honduran families with special needs children make it to California

When I left the migrant caravan in early November, it was on a dusty road leading to Veracruz and hope was sinking. Most were exhausted and sick from the journey. The road ahead, leading to America, was rife with sicarios and kidnappers and men who trafficked in human organs – or so they’d heard. Many had turned back toward Honduras and Guatemala, surrendering to the murderous violence that had put them on the run. In doing so, a good many had surely signed their own death sentence.

I left wondering how those who remained would even make it to the next town, much less another 2,200 miles to Tijuana and the US. And yet weeks later, I would reunite with two of those families in a quiet suburb of San Diego, and regard it as a miracle. 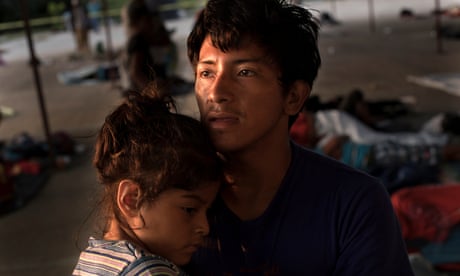 Both families have children with special needs that require serious medical attention: Maria Caceres’s son Javier, who is 15, has Down’s syndrome, epilepsy and a heart condition. He suffered seizures twice while I followed them and routinely vomited and passed out on the highway.

Juan Antonio’s six-year-old daughter Lesly has cerebral palsy. She cannot walk or speak and was confined to a rickety stroller. Loud noises and rumbling trucks caused her anxiety and sent her into convulsions; the girl hardly slept and was miserable.

Previous Post: « This Year Autism and Music 2018
Next Post: How Playing An Instrument Affects Your Brain: Autism Music AI »